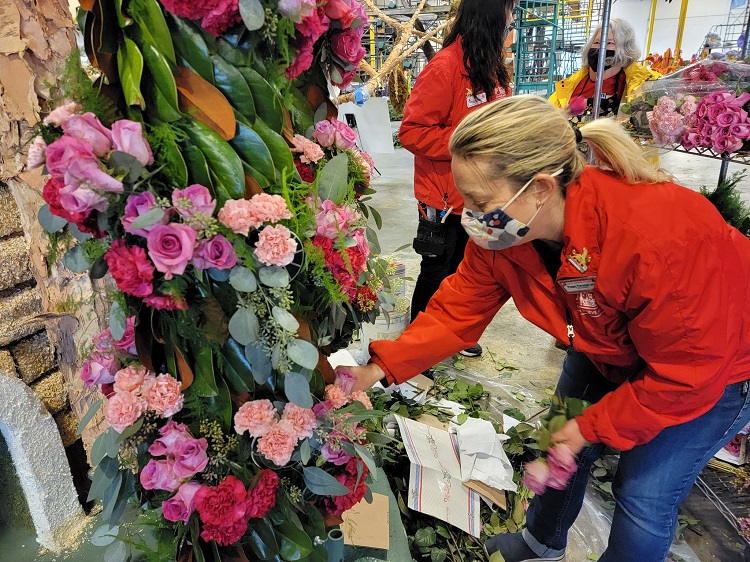 The traditional Tournament of Roses Parade will return after a year-long hiatus on New Years Day, as will a Swift Current florist who is part of a crew working on one of the floats.

Poppy Parsons, an AIFD, CFD and CAFA certified florist and owner of Smart Flowers, is also a float decorator with Fiesta Floats and is in Pasadena, Calif. This week working on one of dozens of floats that will be seen by millions of people around the world at this year’s parade.

“Being a florist and opening up opportunities to try and do different things, to learn and to grow is something that I have always wanted to do in my career, and the Rose Parade completely shows North America the beauty. and love of flowers, ”Parsons mentioned. “No one from Saskatchewan has ever worked for them before, so I’m the first from Saskatchewan. There are normally a few Canadians on our team, but this year we have a very select group that was flown in, so I’m the only Canadian working at Fiesta Floats this year. When they called me up to be part of the team this year, I was just proud … it’s just such an honor to be entrusted with this huge company.

The Parsons team are working on the Donate Life float titled “Courage to Hope,” which is scheduled to be 20th for this year’s parade. Donate Life is a charitable organization that encourages Americans to consider becoming organ, tissue and blood donors.

“You can look for a beautifully decorated float with tons of pinks and purples and red flowers of all different varieties, but the theme of the float is the courage shown by donor families and living donors and pending recipients and it is symbolized by the winged lion in Piazza de San Marco, Venice, Italy, ”she said, adding that she had also worked on the Donate Life float during the last Rose Parade in 2020.

“There are a lot of people who have worked on flower floats for 20, 25 years and this group of people is like family,” Parsons added. “There are a lot of loyal volunteers who spend countless hours, they volunteer over 10,000 hours on the tanks this year, and they remember us, so it’s like a little reunion. They invite us to come and join them and welcome us with open arms. Decorating on the float and being there when the recipients and donor families are around and sharing their stories, we just feel like we are part of this amazing movement encouraging people to give and give life through the float. through organ, tissue, eye and blood donation across America. Hearing these stories, speaking with survivors or speaking with family members when their loved ones passed away, they gave life to others, it is truly a moving but so fulfilling week.

“This is really an important message for us too,” she added. “It’s a really easy thing to do just check your license just to say I want to give life if something happens to me and tell your family about it.” It’s really important.

The 133rd Rose Parade will begin Saturday morning at 10 a.m. Saskatchewan time and will air nationally in the United States on NBC and ABC. There’s also an ad-free broadcast of the parade on KTLA-TV in Los Angeles, which is available on most cable packages in Swift Current.

Petaluma florist devastated after thieves stole $1,200 worth of Mother’s Day…

Look inside a local florist this Mother’s Day