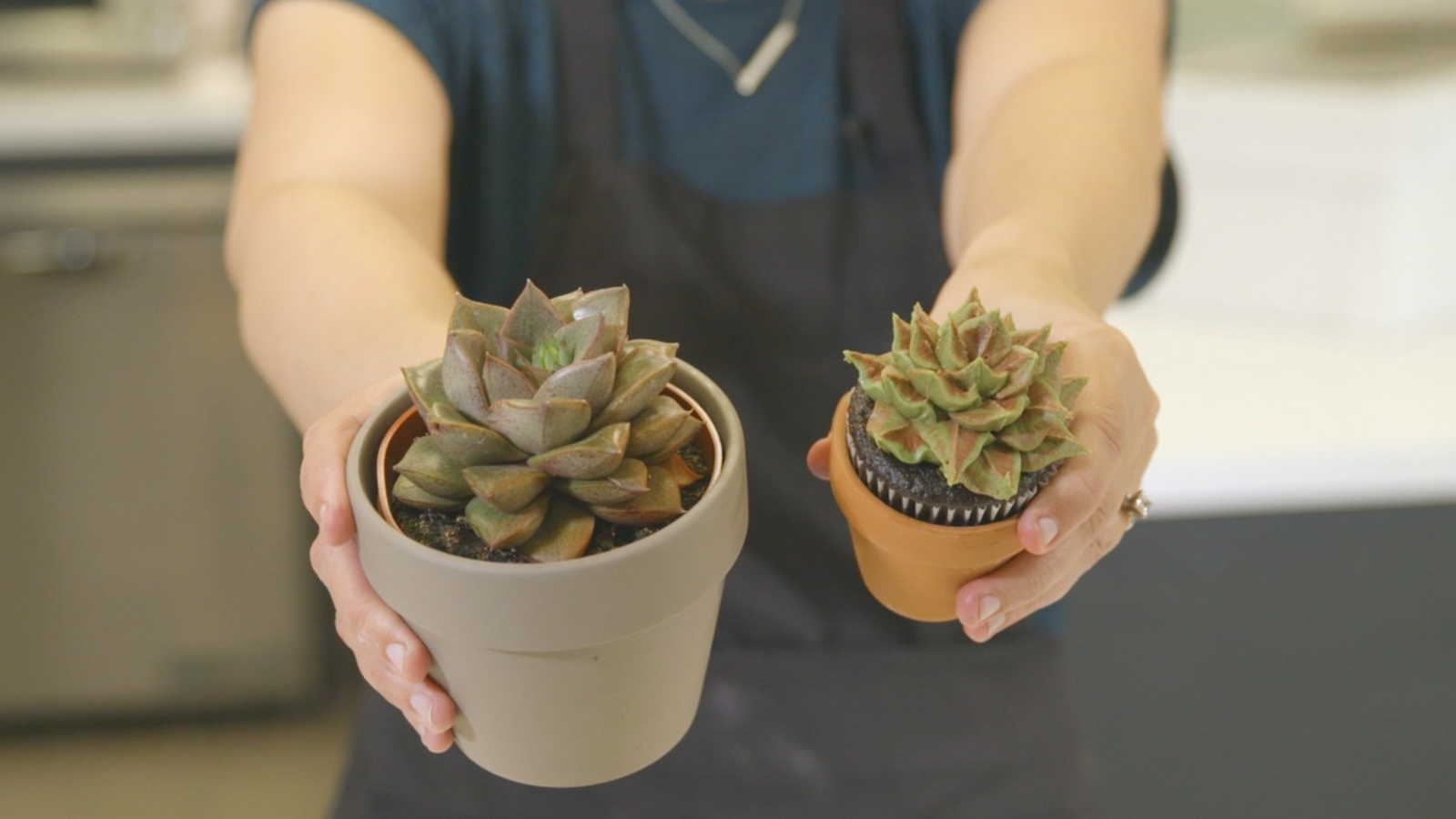 Launching her business in 2016, Thongnopneua mastered the art of cupcake design, winning the grand prize of Food Network’s “Cupcake Championship.”

Each cupcake is designed to look like a specific flower according to customer preference. The treats are then wrapped as a bouquet or placed in a clay planter pot for creative, edible gifts and centerpieces.

“I thought they were real bushes. There are some that look like cacti and desert plants,” said customer Matous Young. “Like Academy of Sciences cupcakes.”

Some think Baked Blooms are too pretty to eat, others dive headfirst into the floral treat of fluffy buttercream and melt-in-your-mouth cake.

“I get so many emails and order follow-ups that I’ve done like, ‘You hosted my daughter’s birthday’ or ‘Grandma cried with your bouquet’ or ‘Your centerpieces have was the success of the marriage,'” says Thongnopneua. “It’s just super humbling and totally worth it. That’s why I keep doing it.”

How to get your hands on a BouCAKE? Decide which flowers you would like to devour, and Sarah will make you a personalized bouquet!

The video was filmed before the COVID-19 restrictions.