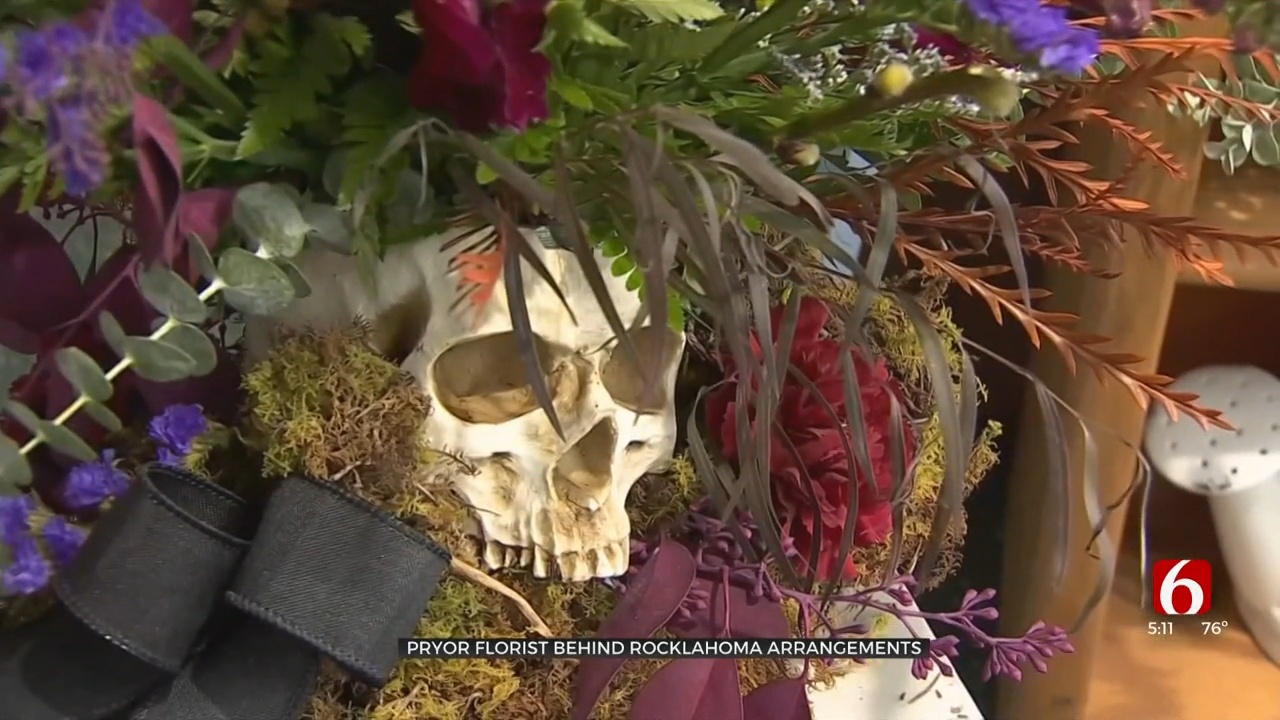 Rocklahoma is this weekend, but on Thursday organizers have the VIP tents ready and a Pryor florist is helping out.

Many don’t expect to see flowers at a rock concert, but these are no ordinary flowers.

Rocklahoma flowers are all unique. Some have skulls, some have mice, and rock fans are sure to appreciate the extra flair they bring for the weekend.

“This one has a nice rustic suitcase,” Pam Whitlock said. “We have our skull arrangements with our enigmatic little mice.”

The flower arrangements created by Pam Whitlock and her team at Pryor Flowers are the most hardcore in town.

“We have these birds of paradise that are tropical flowers, a bunch of tropical stuff, and like I said, our little skull containers.”

Pam’s team was tasked with creating approximately 80 arrangements to spruce up the tents in Rocklahoma.

These tents are for VIPs and all sorts of people behind the scenes, so the pressure was on to make sure they thrived.

“You buy those extra tickets, you want to see that extra flair, and that’s what we give them,” Whitlock said.

The team cut and sorted and put the finishing touches on their pieces before shipping them to Rocklahoma to place their designs perfectly.

Each tent has a different theme and Pam made sure to be meticulous about the details.

“It’s amazing, we’ve been planning this for about 6 months,” she said.

She is grateful to be in charge of such a big undertaking, and even more grateful for the help of the community and her team.

“The tribe I have behind me is amazing – I couldn’t have made it without them,” she said.

Now people are ready for heavy metal and flower petals, after Pryor Flowers seized the opportunity.

Pam said she will also take care of the arrangements at next year’s event.

A recap of Florint’s European Championship of Florists in Katowice, Poland