“We’ve always had an entrepreneurial spirit and always wanted to be more of an asset to our community. We want to bring money to the community and grow it,” Hassan said of him and his wife, who together also own a personal training business Body by Ford in Niagara.

Enchanted Florist has been in Lewiston for 38 years and opened in 1984. Former owner Peter Tagliarini approached the Fords when he wanted to sell the business, Gabrielle said.

“He knew our talents, and he was interested in retiring, and thought we would be able to continue the business and make it successful — if not better,” she said.

Tagliarini’s daughter, Alexa, also continued to work at the boutique as a designer.

As new owners, the Fords said they saw the opportunity to purchase the Lewiston and Niagara Falls (2448 Military Road) locations as a way to help others and themselves at the same time. time, explaining that they were happy to be employers who can provide jobs and help put food on the table for their employees and their families.

Originally from Niagara Falls, Gabrielle said she and her husband lived in Lewiston for about 15 years before moving back to the city.

“Our girls grew up in Lewiston,” Gabrielle said, explaining that the “quaint” community holds a special place in her heart. “Everyone loves Lewiston. Why not be part of this community?

“Center Street was part of our life,” Hassan added.

The family at the heart of the business

Gabrielle comes from a family of florists and says her late mother was a big inspiration to her.

“My mom always dreamed of her kids owning a business and (mostly) because we’re so talented,” she said.

Hassan said Gabrielle “loves to create – everything she touches turns to gold”.

“We bought this wanting to have a family business,” said Gabrielle, who explained that her daughter, Gabriella (Ella) Giacometti, is also a designer; and his other daughter, Genna, market the business with her background in graphic design and social media skills.

“We hope this can even spread to our grandchildren,” she said, noting that they already love being at the store.

Overall, Hassan said that “our main goal is that we want to leave a legacy for our children and grandchildren, not just the physical part, but we also want to leave (a legacy) of respect and living with integrity. “.

Commitment to the community

“Our idea for a flower shop is more or less to have fun and put smiles on people’s hearts and faces,” Hassan said, while acknowledging that they help customers during difficult times in their lives. life, such as the death of a loved one.

The Fords explained that they were already very active in community work, helping others through Christmas gifts and volunteering to help those in need.

“We always try to give back,” Hassan said. “We are grateful that God gave us the opportunity.”

Gabrielle explained that with all the hard work, talent and passion, “God was the number one role in all of this.”

The Niagara River Region Chamber of Commerce held a ribbon-cutting ceremony Monday for the new owners of Enchanted Florist in Lewiston.

Director of Memberships Chuck Barber said he was grateful to the chamber for helping the Fords grow their network and become more active in the community.

He said, “It’s great that a long-time enchanted florist is now part of the chamber,” and noted, “They’re a fixture” in the local community.

Barber described the business as a “great venue” and that it is “one of the leading flower delivery services people can use to celebrate or (when they are) if needed”. He thinks the chamber will serve the Fords as “a great support system.”

Hassan said he and his wife appreciate the opportunities to network with other business owners and help publicize each other’s offerings.

“Being connected to the Chamber of Commerce allows us to be even bigger and we can also learn more about other businesses,” he said.

A new chapter for the enchanted florist

The Fords said they are looking forward to moving forward and charting their own path with the company.

“When it comes to opportunities, there will always be a challenge – anything new will be a challenge, of course,” Hassan said. “We like challenges. There is a saying that “pressure bursts pipes”, but I say, “pressure makes diamonds”. ” 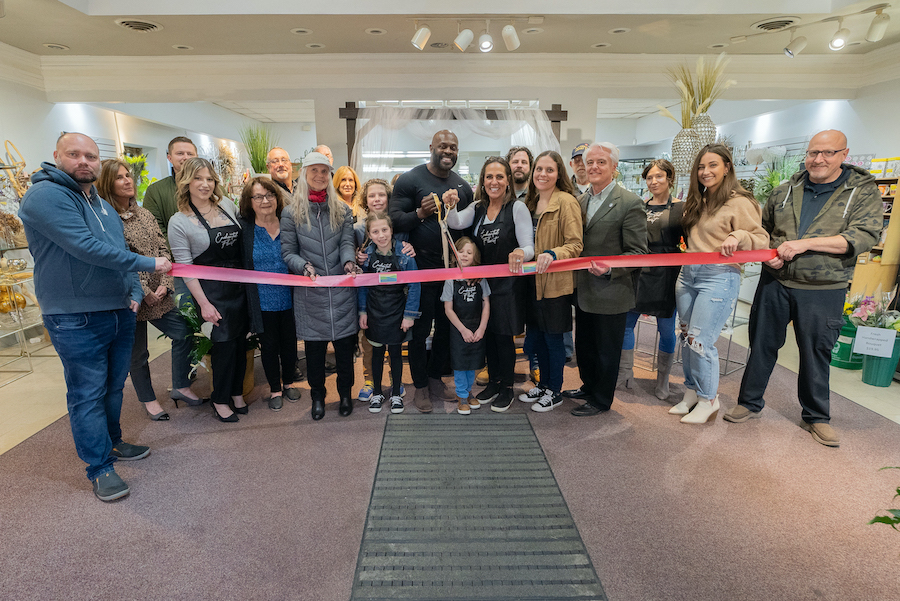