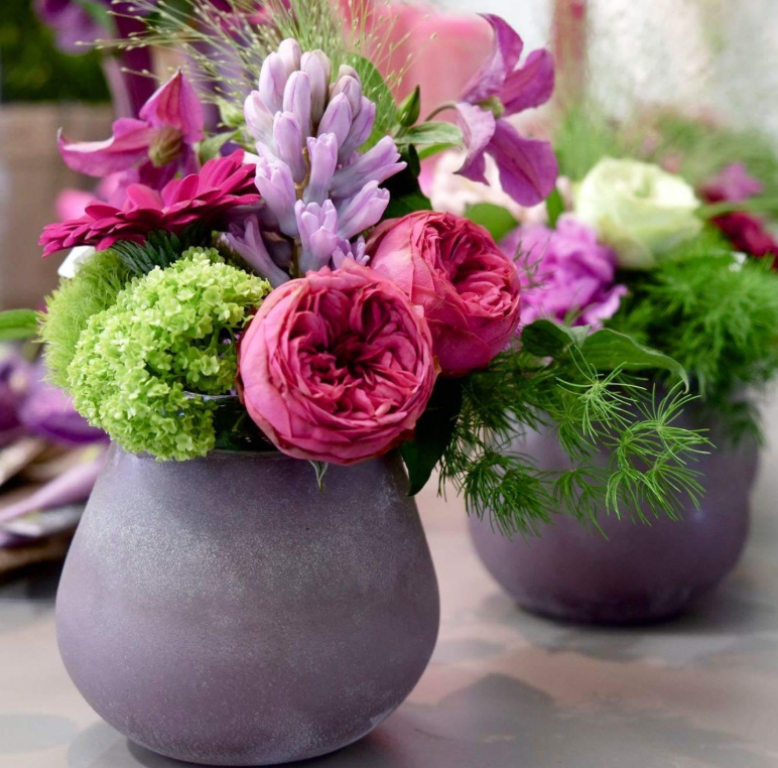 Flower arranging is the art where floral and plant material is used in order to attract people. There are different types of floral arrangements in Eastern, Western and European styles that have influenced the commercial floriculture industry.

This style of flower arrangements is paired with a mass or number of flowers and foliage arranged together in a graceful manner.

In contrast, the European style emphasizes the color and variety of botanical materials not limited to blooming flowers, in mass gatherings of several flowers.

Japanese type flower arrangement: it is known under the name of â€•Ikebana. It is the most popular type of flower arrangement. In this, only a few flowers and branches are used. Ikebana meaning the arrangement of the flowers of the heirloom along a pond – Semmu Buddhist monk.

The first school of Ikebana, called Ikenobo (which means “The arrangement of the flowers of the hermitage along a pond”) was founded by Buddhist monks.

b) The flowers are arranged as naturally as possible) The flowers should have a sufficient stem length) The flower stems are not held by pin holders but supported by crossbars, split bars, etc.

b) Use combinations of wood, metal, etc. Angles and measures are ignored but the ground rules are intact

Morimono:
a) Use a combination of fruit and flower arrangement

b) Ignore all angles and lines as long as the arrangement is triangular and has height, width and depth.

a) Arrangements in the rikka style, which means “standing flowers”, involve seven branches which are arranged in a specific way.

b) The intention to express the Buddhist view of nature and beauty.