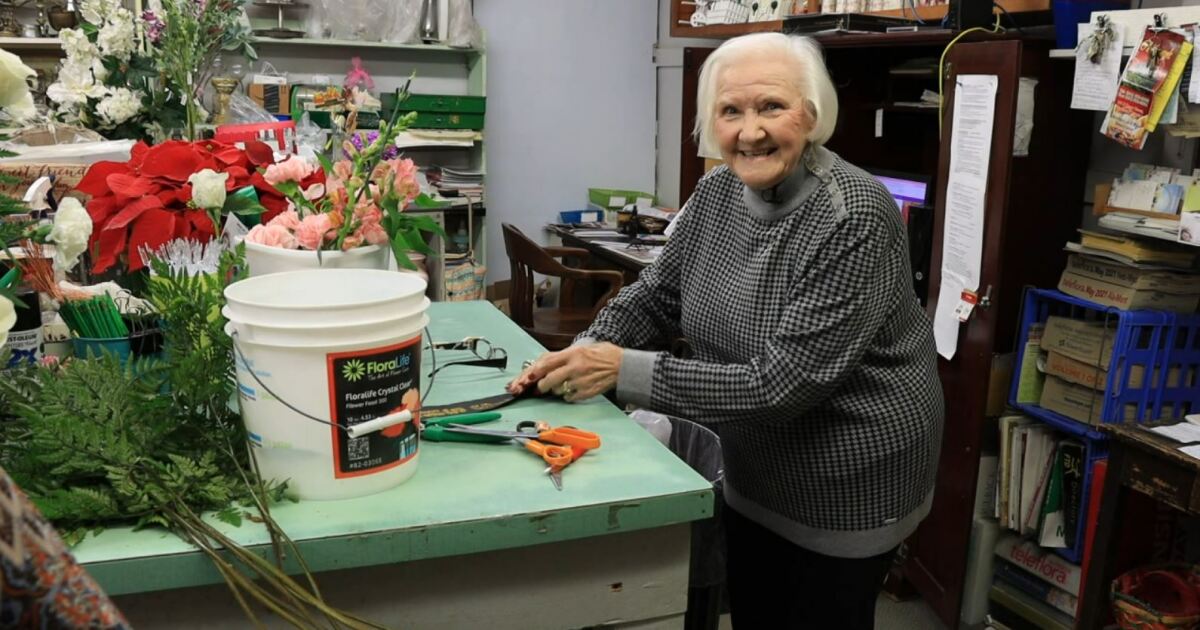 By now, most are already aware of the staff shortage.

Many Americans take the country song â€œTake this job and shove itâ€ by Johnny Paycheck literally.

But in the small town of Hamilton, you’ll find a different story at Hamilton Floral & Gifts. Anita Adams, 82, has owned the store for 50 years. She has seen a lot during her time.

â€œI’ve seen people want to work. And we’re happy to be working and happy to have a job for now having a hard time getting people to come and apply for jobs,â€ said Anita Adams, owner of Hamilton Floral & Gifts.

What’s unique is that she was able to keep an employee, Gary Garner, for 50 years.

â€œI guess I’ve been working with flowers for so long, I love working,â€ said Anita Adams.

Not only do they work together, but their children are also married.

At the start of the pandemic in 2020, many people were forced to work from home.

â€œWe didn’t close, we were able to deliver to the hospital,â€ Adams said.

It’s not just a problem in America, it’s a problem the world is facing.

The UK is seeing the same, the number of open jobs surpassed 1 million for the first time in August.

“We have this enormous forced experience when it comes to working from home for millions of people. People who have not been able to work from home often work in less than ideal conditions during a really stressful time,” said Anthony Klotz, associate professor of management at the Mays Business School at Texas A&M University.

The most recent report from the US Bureau of Labor Statistics shows that most of the people who quit in August worked in food and hospitality. This represented 157,000 of the 242,000 total resignations. In the restaurant industry, 6.8 percent of workers quit, this is the second highest outside the leisure sector was retail at 4.7 percent.

I believe that all workers, regardless of their generation, will have more options in the future. So maybe at the start of your career you could work in person in the middle of your career, you could raise your family, you could become a hybrid. And then when you wanted to travel later in your career, you’d go completely remote or something like that.

The small town of Hamilton felt the effects of the “Great Resignation”. Now, many places hire teenagers who are eligible to work for the restaurant business.

As of September, 14 million American workers between the ages of 20 and 34 were not considered part of the U.S. workforce, according to the Bureau of Labor Statistics, who were neither working nor looking for work.

At this local flower shop, things are still going the old fashioned way. They write cards by hand and it’s always a phone call to buy flowers. They know they won’t be able to work any longer and worry about the future of the store.

In the meantime, we go from vacation to vacation with Valentine’s Day on the horizon.

â€œNo, we’re trying to forget that until January,â€ Adams laughs.

These are long hours with years of loyalty.