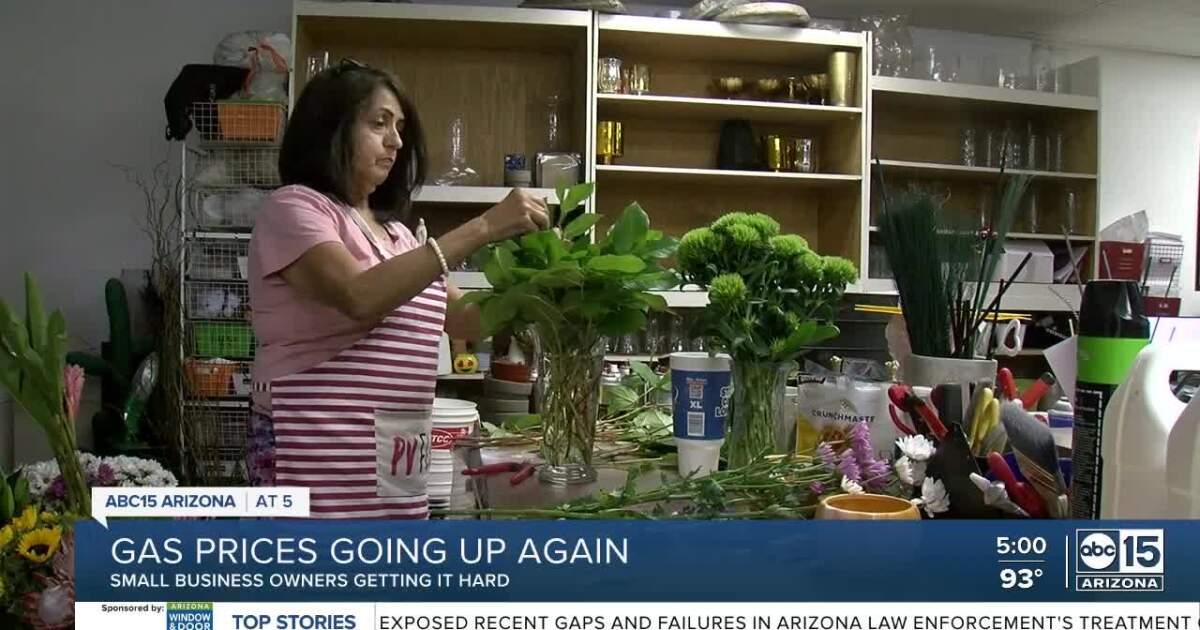 PARADISE VALLEY, AZ – Gasoline prices in the United States have set records four days in a row, affecting more than people at the pumps.

Barbara Martinez, who has worked at Paradise Valley Florist for several years, says they are just trying to grow their business.

Martinez says while they’re doing everything they can to stay afloat, rising gas prices are making things difficult, squeezing their profits.

“We can’t believe it. We’re just…like in total shock,” she said, thinking of the cost of a gallon of gas.

She says the rising gas prices have affected them in every way.

“We used to stock up with a certain amount of money and now it’s almost doubled,” Martinez told ABC15.

They also had at least three drivers for delivery services. Now there is only one. However, that’s not all.

AAA Arizona’s Aldo Vazquez says gas prices won’t drop any time soon, adding that the cost of crude oil is higher than in previous years. The cost of crude oil has skyrocketed from a low of $65 in December for a barrel to a high of $119 in March 2022.

Although there are other factors.

“The war in Ukraine is having a significant impact on the global market and also the shutdown in China because of COVID,” he told ABC15.

Not to mention that the price of a gallon of gasoline in Arizona is higher than the national average.

With that in mind, Martinez tells ABC15 that they’re doing everything they can to save money.

“We buy in bulk and we…we order our shipments early,” she said.

The folks at Paradise Valley Florist even pack their delivery van with arrangements.

All in an effort to stay in the green and keep their business afloat.

“It really hurt us,” Martinez said.

Although Martinez says they are grateful for all the customers who continue to come and support them. They feel they can pull it off, with the support of the community.