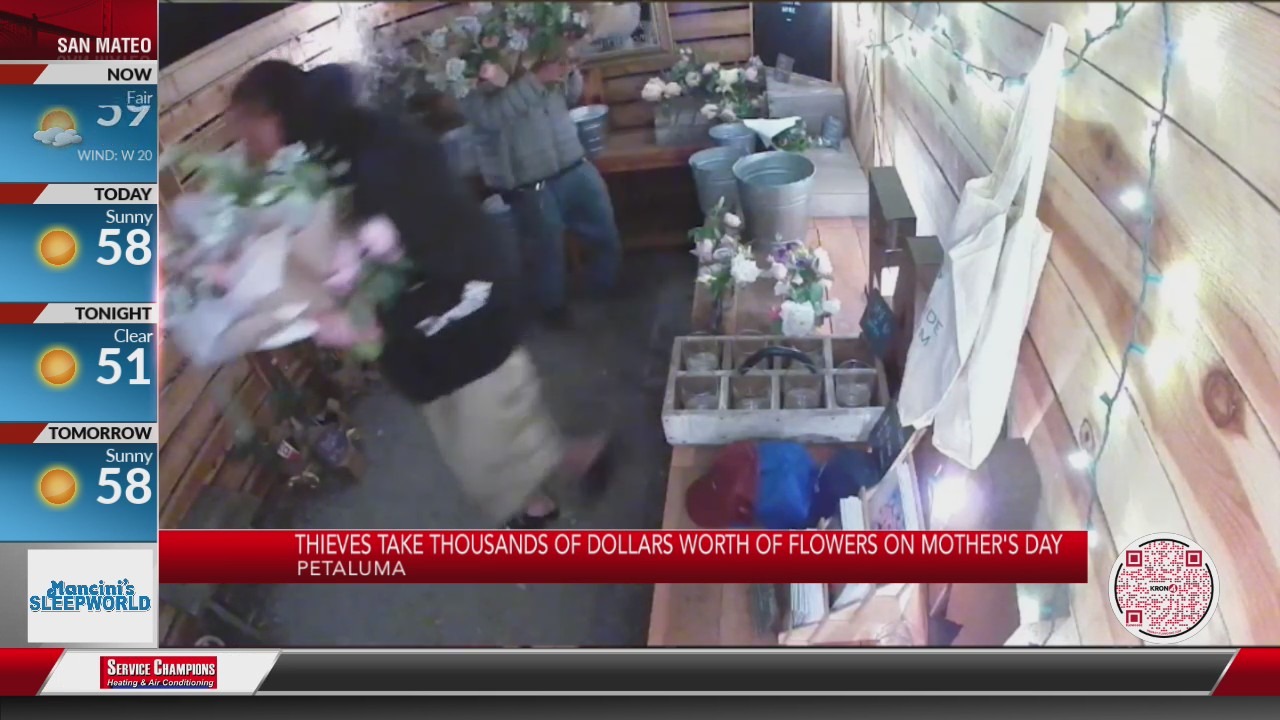 “We saw on CCTV, two guys entering the stand around 1 a.m.,” said Lennie Larkin, owner of B-Side Farm & Floral Design. “They just ran and grabbed all the bouquets they could hold. Which was about $1,200-$1,500 worth of stuff and took off with it. It was super fast. It was really a blow for us. »

Larkin says it was a blow because the two burglars cleaned out her roadside flower shop the night before one of her busiest events of the year – Mother’s Day.

There is no on-site florist here at B-Side. It is a roadside self-service checkout business model that relies on the honor system between Larkin and its customers.

“It’s an honor system farm stand here,” Larkin said. “Anyone walking by can come in, check what we have and leave the money in the safe. Then we also do many deliveries in San Francisco and Oakland and throughout the Bay Area.

There is no honor between these two thieves who took advantage of the honor system. In fact, she says this is the first time such a thing has happened since she opened the booth eight years ago.

“I don’t think I’m going to get rid of the honor system because I love it,” the florist says. “I love doing it. Besides, I couldn’t afford to have a stand like this. It’s tricky. It’s like, yeah, I want to have these guys. I don’t want that either. ‘they come back, and I don’t want to feel threatened, and I want to feel respected with what I’m doing here.

Anyone with information about the burglary is asked to contact the Sonoma County Sheriff’s Office.

Thorpe florist Barbara Tabor looks back on 50 years of business