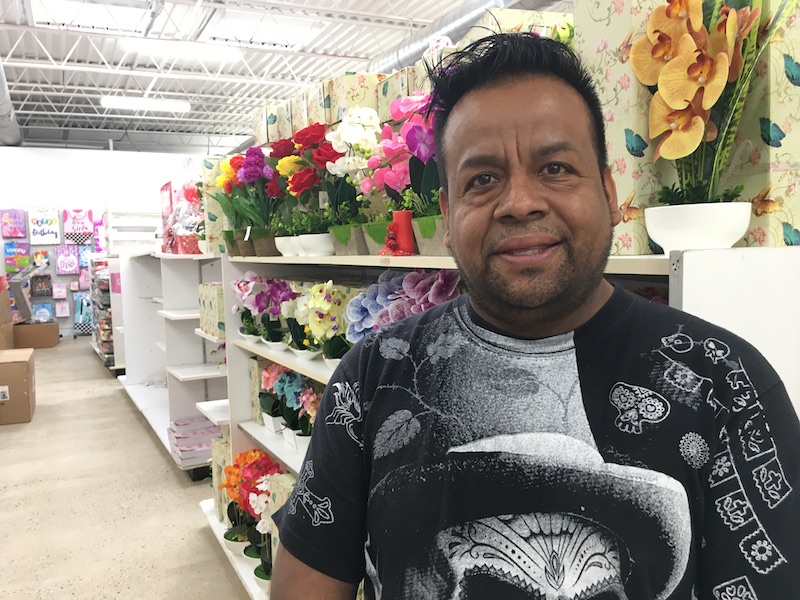 A florist has moved into the empty former space of Katsin’s Drugs on Shrewsbury Avenue, known for its giant neon sign. (Photo by John T. Ward. Click to enlarge.)

A Red Bank store space that has been vacant for as long as it takes to raise a baby into adulthood is finally welcoming a new tenant this weekend. 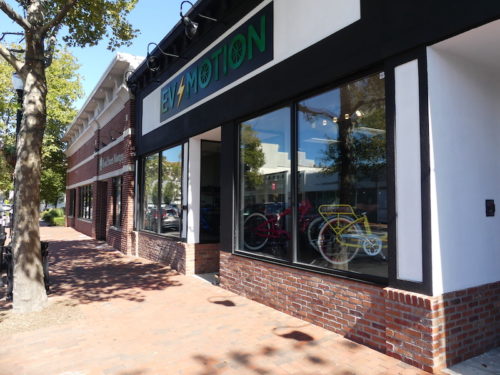 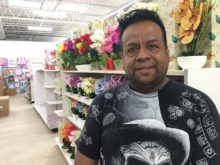 • The former Katsin’s Drugs store at 192 Shrewsbury Avenue finally has a tenant after 18 years of vacancy.

The fabulously retro neon sign advertising Katsin’s is still up front after a recent renovation, but the new tenant is a florist called Floriera La Orquidea.

This is the new name of La Orquidea, the Angel Orzuna-Perez flower shop opened seven years ago a few blocks north at 135 Shrewsbury (in the famous “Johnny Jazz” butcher shop).

“I’m fine, so I’m trying to grow my business” with the bigger space, said Orzuna-Perez, who is still recognized by many locals as the former cook of the long-gone River’s Edge Café.

The florist, on the corner of Catherine Street, officially opens Saturday afternoon with a two-hour event (4 p.m. to 6 p.m.) featuring mariachi musicians, before moving to normal opening hours on Sunday at 9 a.m., said Orzuna.

Steve Goodman, who bought the property in 2017, tells Churn the Katsin sign will remain. His late son, Daniel, “always admired this sign,” he said, “so my wife and I rebuilt it and dedicated it to his memory.”

Orzuna-Perez says the sign doesn’t bother him, for now, because it draws attention to the location.

“But some people still think it’s a pharmacy,” he said, so he expects to revisit the issue once his business is more established. 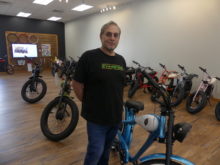 • If it suddenly seems like e-bikes are everywhere, well, the market is actually “exploding,” says Ron Mitra, seen at left.

That’s why he and two partners opened EV Motion at 141 Broad Street, Mitra said. In its first two weeks of operation, without advertising, the store sold 15 bikes, he told Churn.

Located near Harding Road in a space last occupied by the Red Bank family pharmacy, EV Motion has also been a magnet for people who have purchased e-bikes elsewhere but are in desperate need of repairs, Mitra said.

As he spoke, a customer came in with a bicycle that had a flat rear tire; he told Churn he had been to four conventional bike shops looking for a repair.

“They won’t touch it,” Mitra said. EV Motion, and its parent, the Monmouth Indian Motorcycle Neptune’s shop, which he also co-owns, are the only ones offering e-bike repairs for miles around, Mitra said. 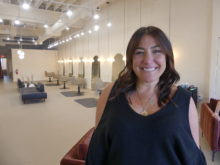 • A hair salon replaces another Fox and Jeanne takes over the last space occupied by Salon Concrete at 123 Broad Street.

Fox & Jane has a dozen salons in various states, half of them in New York. This one, with 10 style stations, is courtesy of Red Bank resident Alison Campbell, left, along with Lorean Cairns and Billy Canu.

As Campbell’s first venture as a business leader, the show means she no longer has to travel to town for work, which she has done for a dozen years, he said. she told Churn.

Salon Béton released in early 2021 after eight years at the address. 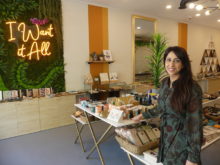 • Back to Nature opened at 25 Monmouth Street, owned by Naila Anwar, right, and her husband, Rashid Anwar.

Naila said her family has been in the wellness retail business for 40 years. For the past eight years, she and her husband have had another shop, also called Back to Nature, in Chester Township, Hunterdon County, which continues, as well as an online operation.

But unlike this store, which offers herbal supplements and remedies, the Red Bank store is more of a gift shop focus, offering jewelry, household items, and more.

The shop, located in a building owned by Naila’s family, was previously occupied by Earth Spirit New Age Center, which moved to 18 Broad Street in June. 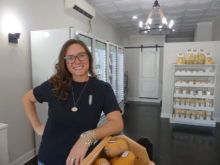 • Semolina Pasta Shop opened its doors at 11 White Street, next to the Semolina restaurant. Both are owned by Chef Chuck Lesbirel.

The space was last occupied by Sweetest Sin bras, which recently moved next door to 7 White.

• Work is also underway at Shapiro’s New York Delicatessen at 51 Broad Street, which is closed for renovations.

• Red Bank RiverCenter has signed a lease at 46 English Plaza and will move to the first floor in January, chief executive Bob Zuckerman told Churn.

It’s one floor below the space the director of the Downtown Special Improvement District occupied for seven years until 2018 when he moved to 140 Broad Street. The multi-tenant office and retail space is set to undergo a major overhaul by new owner Denholtz Properties.

If you enjoy the media coverage provided by redbankgreen, please become a financial supporter for as little as $1 per month. Click on here set your own monthly or annual contribution level.