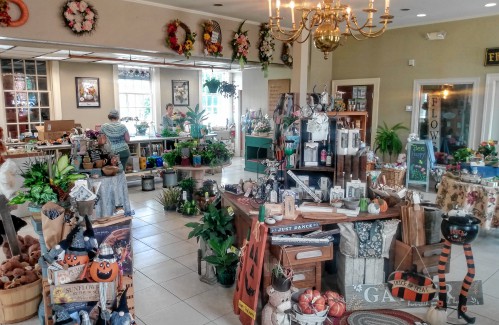 WINCHEDON – A lot of people start small businesses. Few can claim that they are still in business – and growing – after three decades.

Yet Michelle Comeau, owner of To Each His Own Design in Winchendon, seems almost reluctant to talk about her success. The company, which serves Athol customers in Gardner, will turn 30 on September 28. A Customer Appreciation Day will be held a few days earlier to thank the community for their support over the years.

â€œWhen I was a teenager,â€ Comeau said, â€œI worked for my brother at Winchendon Flower & Gifts. I was 14 years old. It was one of my first jobs. This is where my interest started.

â€œBut I took a different path, which eventually brought me back to Winchendon, and I was working on Front Street as an office manager for Worcester Manufacturing. The previous owner still owned the building and offered me the space downstairs. I just had to clean it.

As a result, Comeau ended up opening the first iteration of Everyone’s Own Design. His first move, from one location to another, was not a drastic change, but his latest move to the old Monadnock Bank building on the corner of Grove and Central streets – made about two years ago – is another story.

â€œBeing at 28 Front Street, where I started, and going to 68 Central Street,â€ she explained, â€œeverything was pretty much the same. I had the pulse of everything that was going on. It wasn’t because I had recordings of everything, it was more of a feeling and an understanding of what was going on around you.

â€œBut since I’ve been here at 172 Central Street, everything has changed. I keep telling everyone, ‘He’s taller than me.’ What I mean by that is that it really upset me. It’s like starting all over again.

One of his concerns before buying the old bank was how to fill the space.

â€œBut now we are able to offer more products because the community supports us so much. As people come in and buy things, we put it all back into the business. So that has changed. The amount of sales has changed.

Owning a space, rather than renting it, also presented challenges.

â€œEverything I’ve done so far – it’s just a learning curve, it’s been an adjustment. We have a yard to maintain. There is ownership now. There is so much more going on outside and inside. So, it is very different.

When asked how she was making a fairly high-end business thrive in a blue collar community like Winchendon, Comeau replied, â€œI don’t see it that way. I think everyone likes to feel special. I don’t care who you are or where you come from.

â€œWhat I’ve worked hard for is to always treat everyone the same when they walk in the door. So somebody will come in and take something small, and I’ll take my bag and put my tissue paper in there and go put their purchase in there and they’ll say, ‘Oh, I don’t need that. . ‘ And I’m going to look at them and say, ‘Yes, you do.’ And I’m going to prepare it and hand it to them, and they say ‘wow.’

â€œSo it’s an experience. You walk in and hopefully when you leave you feel better than when you walked in.

â€œWhat I hadn’t realized was that in my other two locations where we designed was always at the back of the building and I had never had the pleasure of the kind of space I had with is working right now. And everyone feels like that. Every time they walk in, whoever does something, whether it’s someone building their own arrangement – whatever – the windows, everything, it’s so bright and alive you want to smile. You are delighted to be in this space. It’s incredible. It is a blessing.

To each their own design offers a wide range of flowers and gifts, unique gift baskets and items, and even specialty treats. Comeau also supplies flowers and floral arrangements for funerals and for weddings and other special occasions.

The Everyone’s Own Appreciation Day will take place on Saturday, September 25 from 1 p.m. to 5 p.m. Deacon Express Group will provide entertainment. Refreshments will be offered and, at the time of this interview, Comeau was working on getting the green light to serve hot dogs and burgers.

“If for some reason we can’t do this, I’m still going to have a raffle, the store will open for people to come in.” I’ll have bottled water and soda.

â€œWe just want to thank people for their support. “

Greg Vine can be contacted at [email protected]